The Viridian System Series is an adventure in the far reaches of the universe, trying to keep independent from those who want to ‘acquire’ your planet. It seems to tell the story of Big Pete and the Swede, and while they take up a lot of space, the women in their lives, Aramintha, Dolores and Maggie, gradually take over the important parts of the plot.

Big Pete and the Swede, more correctly known as Pete Garcia and Lars Nilsson, are asteroid miners in the far reaches of the galaxy.  The asteroid belt of the Viridian System is rich in orichalcum, a rare, very useful, and therefore extremely precious metal, which everyone wants.  The Imperium, a dominating oligarchy which masquerades as a benevolent democratic institution, wants it badly.  And after years of being happy just to trade it and leave others to do the dirty work, it wants to control it, like it does other useful things.

Planets that produce grain abundantly?  Take them over. Planets with the raw materials for plasglas? Turn them into manufactories.

The only organisation that seems to have any hope of opposing the Imperium is the Federation, and they aren’t strong enough to be everywhere at once. Besides, they have their own type of nasty dictator…

…and then, what would happen if there was a galactic disaster?

It doesn’t come as much of a surprise to find Pete and Lars hold secrets of their own.  Each has been too closely mixed up with Imperium business in the past, and they want nothing to do with it.  But their pasts catch up with them, and in the first book The Perihelix, they are drawn into a chase around the Alpha Quadrant to find pieces of the Perihelix, a legendary weapon which will free the enslaved and deliver defeat to the enemies of the righteous.  Or something like that.

Big Pete and the Swede, together with Maggie and Dolores, who is now a free woman, take a holiday in the miners’ new spacecraft while some building work goes on at their villa.  “Maybe ten weeks will do it,” Maggie estimates.

Dolores is training to qualify as a space pilot. Pete has had a call to his home planet, Corsair, to save them from disaster, so they set off in that direction to give Dolores more space hours, only for a slight error of course to land them in a horrible mess.  Meanwhile the Imperium declares war on the Federation, while a little personal business by one of the senators leads him off in the direction of the Viridian System to start a canny land grab.

A Galactic crisis: the entire comms system destroyed. No waypoints, no navigation aids, no database access… and how will spaceships in flight get home–or to any destination?

Dolores is stuck in warp with a very dangerous passenger, Pete gets his shuttle back home on manual. But how come anything in close contact with pure orichalcum fixes itself? Just flying through Zanzibar’s Rings solves the problem–as the Federation’s fighters find, as they descend on the Viridian System to take possession of the planets.

The Perihelix: ebooks at iTunes, Amazon, B&N, Kobo and Smashwords (purchasers can get the second edition upgrade free)

Order from your favourite retailer.  UK Recommended price £8.99. Paperback distribution is via the Ingram network. 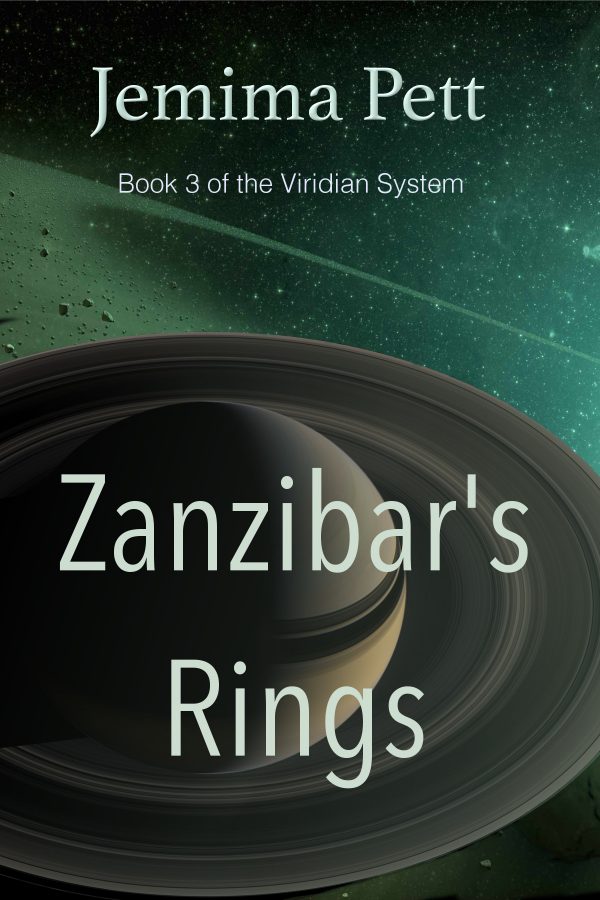